Craft beer brand, Kaiju! Beer, is brewing up a customer experience strategy in a bid to spread its message of ‘quirkiness’ to a wider audience and gain an edge over larger multinational brewers. Founder, Callum Reeves, told CMO the company has inked a partnership with customer experience consultancy, Tiny CX, to crank up the heat in the customer experience and engagement arena. With the battle between local independent breweries and their larger multinational counterparts heating up, Reeves said smaller brands like five-year-old Kaiju need to look at ways to enhance product offerings and brand experience.

“People have fallen in love with the brand and the imagery around the beer. It’s been my aim from the start that we delight our customers or anyone who engages with our brand. At every touchpoint with our brand we want people to be delighted by that experience,' he said. “We’ve been able to deliver that in terms of the physical product and a lot of the communication that we do, but as the business is growing, it’s becoming more difficult for us, particularly across the digital space and in a more scalable way.” Callum Reeves Callum and Nat Reeves Asked how it all began, Reeves said he and his brother, Nat, fell in love with the big, hoppy American craft beers, but couldn't find them fresh anywhere in Australia. Nat started brewing this style and began winning awards.

“I decided to put my marketing and wine experience with his brewing chops and came up with the brand,” Reeve said. “Our original name was Monster Mash, because we thought it was both catchy and descriptive from a technical brewing perspective.

Our original design reminded us of a creature like Godzilla, which is a kaiju. So after Monster Energy drinks opposed our trademark application for Monster Mash, we quickly landed on Kaiju as a fun name to move forward with.”. Read more Last financial year, the company produced 300,000 litres of beer. This year, it’s projected to produce 750,000 litres of beer.

Product is sold across Australia and exported to China, UK, Netherlands, Norway, Singapore, Hong Kong and Taiwan. “We don’t have the staff and the experience around delivering an all-encompassing experience across all digital, social and online areas. So the experience the Tiny CX people has in that space of delivering a cohesive experience across all of those spaces - particularly in terms of strategy around it - is really where they can help us,” he continued. The company also is moving from catering solely to the hard core craft beer drinker to a much wider audience, plans to rollout a new website by the end of the year, and is keen to do more in the social space. Tiny CX founder, Tom Uhlhorn, said the innate quirkiness at kaiju can be leveraged to gain greater market share. Read more “Kaiju are dealing in an FMCG marketplace. The company is growing, the beers are popular, but it's still independent.

The team doesn't have traditional marketing budgets. They are not able to just play the who spends wins game,” he said. “If we were to take a traditional marketing approach, we’d be taking a sword to a gunfight,” he said, explaining the CX strategy involves telling the unique, quirky story of Kaiju’s founding brothers and fostering ongoing engagement with its creative consumer fan base. “Callum and Nat have such personalities and they are so non-beer in a lot of the ways they go about things. They are pretty nerdy dudes, but they embrace that and they love what they do.

Brandt trumpet etudes pdf converter. They love their craft. And you can’t fake that. “What we saw was an opportunity to just stick a rocket under that and absolutely fire that off because in terms of experience they are already doing that in a small-scale.”. 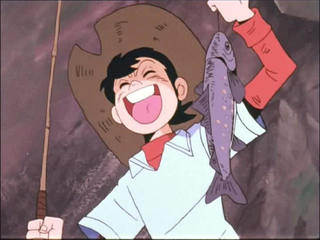 Read more As part of the CX strategy, Uhlhorn said he’ll be looking at the entire customer journey and figuring out how Kaiju can add value in that cycle. “What we do is create an experience blueprint, which is a playbook for, ‘how do you engage your customers, your potential customers, beyond the transaction or beyond the point of when you’re drinking the beer.’ We will be focusing on the eccentricity aspect of what they are,” he continued. The Tiny CX team is looking at how Kaiju can resonate outside of the traditional beer drinking culture and attract people that are into alternative cultures (including gamer, roller derby, entrepreneurial and alternative exercise cultures). “Anywhere the eccentrics lie, how can Kaiju be a value-add brand there? Even if people aren’t drinking beer, they are celebrating a culture here. They are not just about the beer and the cider.

They love the culture they operate in. That’s why they do it,” he said. Read more “This is where the magic of digital really plays a part. Now that we live in the digital age, it’s possible to be identifying multiple niches and being hyper-relevant to each niche. That’s what we’re doing and that’s the beauty of being a small independent brewery where you can straight off the bat go and be hyper relevant to a whole bunch of different niches through the magic of digital.” On the data front, Uhlhorn said it’s as much about enrichment as it is about a collection. “We need to make it memorable, make it time well spent, and make it personable. When we are talking about the role of data in those three aspects, we want to be personable because we’d rather have high quality data and enrich that so that we can be a personable brand and scale that,” he said.

“They have board game nights. They do cart raising with customers. They let customers send things in.

They are bringing the voice of the customer into their business every day. We’re simply there helping put structure around it and scaling it.” Follow CMO on Twitter:, take part in the CMO conversation on LinkedIn:, join us on Facebook:, or check us out on Google+.